Posted on January 11, 2013 by heritagesupporter

One of the many USAF display teams in the late 1940s wearing P-1 flight helmet with specialised artwork and not so fire proof nylon (shiny) flight suits. These nylon flight suits MELTED into the skin in crashes causing HORRIFIC burns for many of the pilots until changes to cotton flight suits were reintroduced. 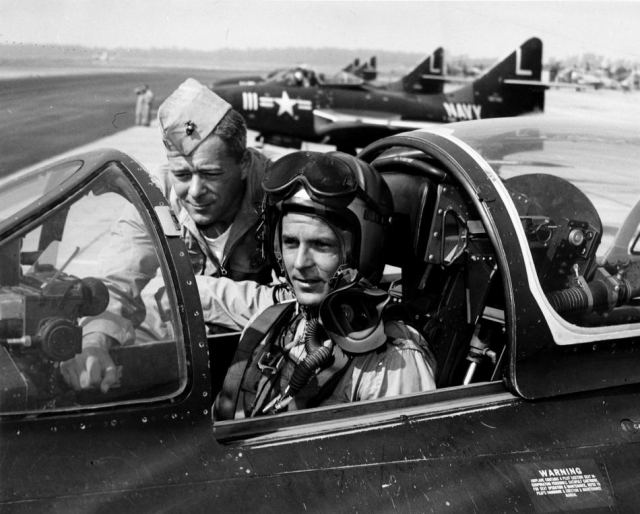 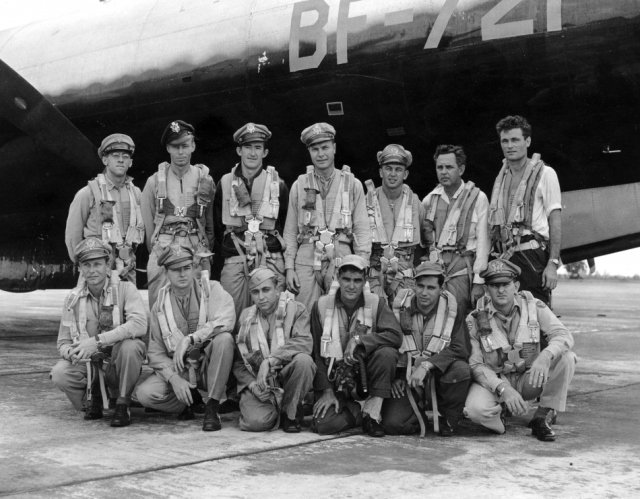 A rather worn out H-4 flight helmet with M1944 goggles, tan flight suit and US Navy seat parachute harness is worn by this 1950s US navy training pilot climbing into a T-6 Harvard for a flight.

A US Navy F-8 Crusader pilot in a tan flight suit, MA-2 harness, holding a APH-5 flight helmet with a MS22001 oxygen mask.

A USAF Korean war B-29 Superfortress crew in action over North Korea wearing cold weather gear. The pilot wears a B-15B flight jacket , a  personalised flight cap as was regularly done in Korea before “standards” were applied, a HS-38 headset, backpack parachute harness. The other crew member next to the pilot wears a garrison flight cap, B-15C flight jacket maybe and a backpack parachute harness. 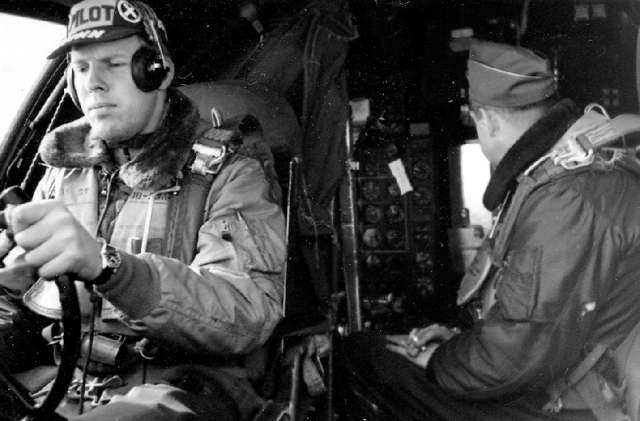 The X-15 used a pilot with high altitude flight gear – requiring very specialised gear at the time. This type of flightgear was designed to be heat resistant incase of high altitude and high speed bail out. The silver suit was a MC-2 and the MA-2 flight helmet were state of the art in mid to late 1950s when designed. This 1960s view shows a another USAF pilot wearing K-2B orange flight suit and a L-2B flight jacket.

The USAF tested a B-36 which carried a nuclear reactor onboard in 1950s. Here we see that brave crew in the XB-36H. All wear tan company flight suits, backpack parachute harnesses and P-1A flight helmets with MS22001 oxygen masks. Some have visors on helmet, others have B-8 flight goggles and some have microphone booms instead of MS masks.