First flying in the mid 1950s and became a common sight in the 1960s, as operated in combat over Vietnam, the UH-1 Iroquois otherwise better known by its nickname as “Huey” has become in its lifetime an iconic helicopter. Noted by its distinctive, “whoop whoop” blade sound as it slices through the air, this note was always the first signature anyone would hear of the approaching helicopter. It has served well and become a dependable helicopter in both military and civil operations around the world.

Lasting in service for over 45years in serving the nation, the Australian Defence Force operated 3 different models of the Huey – UH-1B, UH-1D and UH-1H. Originally operated by the RAAF from 1960s until 1989, the Hueys (along with other types such as Kiowas, Chinooks and Blackhawks) were transferred to Australian Army Aviation (AAAVN) control, where they flew right up until their retirement 18years later in 2007.

The Hueys were placed into storage in at Damascus Barracks, Queensland after retirement awaiting an outcome. The Hueys were retired as by the mid 2000s, they had become old airframes and newer technology would be replacing them in the form of the MRH-90 and Tiger helicopters.

The Australian Hueys were used in 2 versions in active service (within Australia or overseas), as either a transport or “slick” variant which conveyed troops into battled and armed with only M-60s machine guns at the doors manned by door gunners for defensive fire. The other variant was an upgraded Huey operated as an airborne weapon platform as a gunship. These were callsign assigned as “Bushranger” and were modified and packed a considerable punch being armed with 4 x 7.62mm M-60s machine guns (later versions having MAG-58 machine guns instead), 2 x 7 tube 2.75inch FFAR rocket launchers and 2 x GAU-2/A 7.62mm minigun systems which can spew out between 2,000  to 6,000 rounds a minute. The Bushrangers work in Vietnam saved many Australian troops’ lives with their impressive firepower.

The pilots and aircrews on the Hueys over 45years were brave people and took their jobs seriously. Some paid the ultimate price sadly and were killed on flying operations. After the Vietnam War, Hueys were used in Australia and around the world taking part in civil aid programs, flood relief operations, military exercises and overseas UN deployments stretching from the Middle East, South East Asia to many  Pacific Islands. The Bushranger model was retired in 2004 with the weapon kits stripped and these were then used as “slicks” instead.

The Australian Government has now 5years after the retirement of the Huey fleet, in October 2012, released six Hueys to various organisations across the country, so that the Huey can go on public display. The museums locations where the Hueys are going to include the Australian Flying Corps RAAF Association Western Australia Division, Vietnam Veterans Associations of Australia Mitchell Sub-branch Victoria, Caboolture Warplane and Flight Heritage Museum Queensland, Port Pirie RSL Sub-branch South Australia, Merredin Military Museum Western Australia,  Scottsdale RSL Sub-branch Tasmania. A few more have also been put on display at RAAF Amberley, Singleton Army Museum and RAAF Point Cook Museum. Another is stored for the Australian War Memorial.

According to reports some of the Hueys have also been released for RAAF base training airframes at RAAF Wagga Wagga as ground training aids for new personnel. The remaining few still in storage may still be sold off to a private overseas operator. 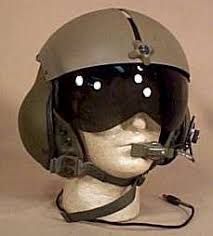